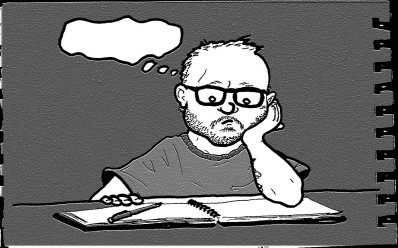 So what do you blog about when you can’t think of anything to blog about? It’s been nearly a week since I slapped anything out on the page and I wanted my small legion of viewers to know I’m still out here. But…..what to say?

So something new tonight. A random trip through Vic’s mind. Yes, a strange place to say the least.

1) Heathcare. Trumpcare. Anti-Obamacare. Whateveryouwanttocallitcare. Here’s the thing: I consider myself a pretty well-informed guy and yet I could never tell you how the Affordable Care Act effected me or what it was all about. So whatever this new proposal is, I really have no idea what it’s about. All I know is a whole lot of folks are quite fired up about it, one way or the other. My initial observation is this will unfortunately be another game board pawn in the ever-increasing political polarization of America. It won’t end up being about the people, or the betterment of our health. It will be about Republicans vs. Democrats and the hell with our health. Some things just keep getting worse.

2) Parenting. As most of you know, Julie and I have two young boys, 4 and 2 years old. I remember prior to being a parent how people used to say it was the toughest job there was. Well, they were right. I imagine little boys are more needy than little girls, or at least more work, but I doubt any of it is easy. Parenting is strange. There are times when they drive me so damn crazy I think, “What were we thinking?” Remember how easy life was when our “kids” were the two cats? Yet in the instant I think that, I also realize how I can’t imagine my life without them. Or more to the point, how I wouldn’t want to live my life without them in it. They are everything. My pride. My joy. My frustration. My primary need for copious amounts of Advil. My reason for lack of sleep. All wrapped up in a beautiful complicated roller coaster of love. Maybe parenting isn’t hard. Maybe good parenting is. Don’t know if I’m any good at it. Just know I have to keep trying every day to be the best parent I can be.

It’s subject matter we can all relate to. Who hasn’t eaten at McDonald’s in their life? Yet, to learn the “based on a true” story of how it all came together was very interesting. Being the dork that I am, I promptly took to the internet to fact check the film after watching it. Turns out the movie took very few liberties from the overall crux of the story. Some minor details were altered or accentuated, but the film was overall true to form. Learning how Kroc screwed over the McDonald brothers to acquire the company was eye-opening and fascinating. I guess nice guys do finish last when it comes to business.

On a side note, I’m so happy to see Michael Keaton once again starring in quality feature films these past few years. From Birdman to Spotlight, and now The Founder, it’s so refreshing. I’ve always liked him. Like Hanks and the late Robin Williams, Keaton’s always had that rare ability to seamlessly transition back and forth between comedic and dramatic acting. Whether playing Beetlejuice or Batman, he’s always been good. Not sure where he went for a decade or so, but it’s great to see him back!

4) Sports. Always great watching The Kentucky Derby. I’m not a horseracing enthusiast per se, but I appreciate and respect the great history and pageantry of the Derby. 143 years going. They must be on to something.

My fair weather fandom with Pittsburgh Penguins playoff hockey is in full swing. 82 games of regular season comes and goes and I don’t watch a bit of it. Yet once the playoffs fire up and provided The Pens are in it, you’d think I’m a die hard NHL fan. Truth be told, I have no idea why I don’t watch more hockey. It is an awesome sport!

NBA playoffs are rolling along. Looks like a rematch between the Warriors and the Cavs is a no-brainer. Not the NBA fan I once was, but I’m sure the finals will be quite a show.

Speaking of quite a show……my biggest sporting event of the year is coming soon. Is it May yet? Yes, my friends, it is!

The Indy 500! The Greatest Spectacle in Racing. I think my blogger’s block will be gone soon!